Advent – Seeing Through the Eyes of Joseph 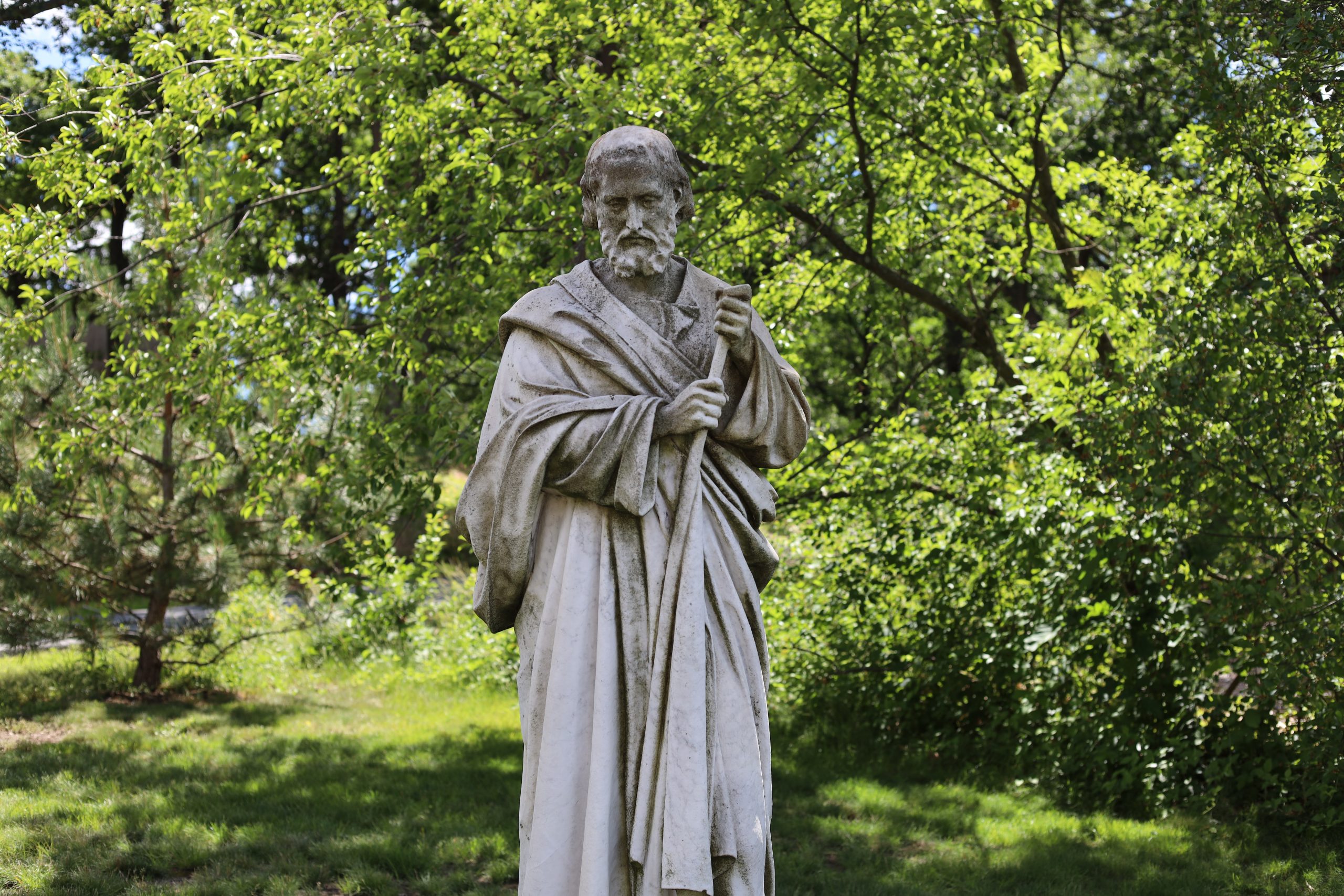 There have been many times I have imagined myself as Mary in a scene from the Gospels. I have imagined almost every feeling she must have had navigating being the Mother of God. I have viscerally felt her fear, anxiety, joy, and, most of all, deep, lasting love for her Son. But, truth be told, I have never tried to imagine myself as Joseph in the couple Gospel scenes he is in. Maybe it’s because he’s the father, and I resonate more with a motherly figure. Maybe it’s because, although he was quite significant to the story of Jesus, he wasn’t in the Gospels all that much. Therefore, he tended to fade into the background of the story for me.

So, when I sat down to reflect on this Gospel story, I had to admit I was unfamiliar with these lines from Matthew. Sure, I have heard it many times over my lifetime as a Catholic attending mass, but I don’t think I ever really paused to absorb these lines and think deeply about what Joseph might have been feeling in that particular moment. I have never paused to try and enter into his story. In fact, the few times I remember hearing this passage, I thought only of Mary and how terribly sad I was for her that someone she loved was considering abandoning her in one of the hardest moments of her life. I was mad at Joseph in those moments for even considering leaving her thinking, “Believe her, support her, travel down this road with her! Don’t just walk away!”

This time, however, I decided to spend my time focusing on Joseph as I read this passage and let the words seep into my imagination over the last couple weeks. The image of Joseph that came to me during this contemplation was first and foremost the image of a humble, good, and very introverted man who longed to do the “right” thing by everyone he loved. I imagined he overall just wanted to just make the lives of the people he loved … easier. In my mind, he had simple but concrete dreams: get married, have children, support them with his carpentry business, and love them as best he could. At the time of this story, he was already on his way to making these dreams a reality. He was betrothed to a woman that seemed perfectly fit to live those ambitions right alongside him.

Finding out Mary was pregnant put a gash in the perfect, sensible life he had planned… especially since he knew with 100% certainty the child was not his. The more time I spent in contemplation of this Gospel passage, the more I was able to see Joseph’s agony over how to help the woman he loved while dealing with his own uncertainty, hurt, and disbelief at the situation they found themselves in. I had to remind myself that at least part of Joseph’s internal struggle was likely focused on the brutal consequences Mary could face if seen as committing adultry. In fact, I could imagine that nothing less than an angel appearing to him could relieve the weight of this new and unforeseen situation.

Instead of moving on to the part of the Gospel where the angel appears to Joseph and helps him move forward, however, I decided to remain with the first half and sit awhile with the agonizing Joseph to try and better understand him at that moment. I think sometimes (no, often, if I’m honest) I forget as a mother to consider the emotions and experience of the father. I forget he also needs the space and time to wrestle with the feelings inside of him before he can come up with a way forward. I forget he also needs the grace and love God offers to see how he can live in the reality of the moment and support the one he loves.

I am so glad for Mary that the angel came and eased Joseph’s agony and gave him the graces he needed to see a way forward. I am also so glad for Joseph that he was open to what incredible things God had planned for him. This experience of trying to walk in Joseph’s shoes for a bit increased my empathy for him and for many fathers in my life who are constantly discerning how they can best love their families.

It reminded me that much about life, especially life as a parent, is far from simple.

May it do the same for you.