Discipleship In All Ways: Come After Me 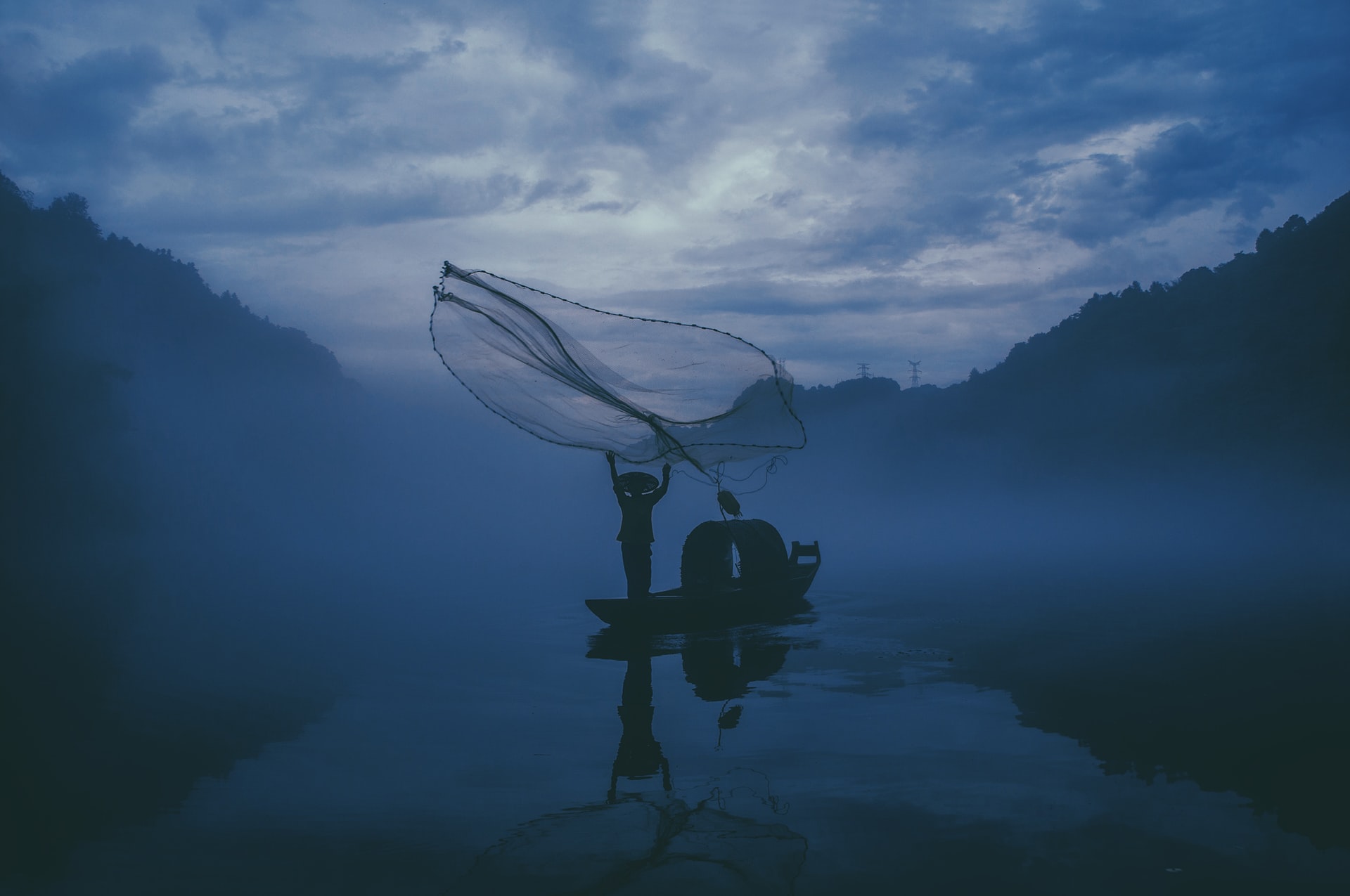 In today’s Gospel  Jesus is calling Simon, Andrew, James and John to be disciples.  It is a very fitting passage to introduce our next series, Discipleship in All Ways:

As he passed by the Sea of Galilee,

he saw Simon and his brother Andrew casting their nets into the sea;

Jesus said to them,

“Come after me, and I will make you fishers of men.”

Then they left their nets and followed him.

He walked along a little farther

and saw James, the son of Zebedee, and his brother John.

They too were in a boat mending their nets.

Then he called them.

So they left their father Zebedee in the boat

along with the hired men and followed him.

We see in this Gospel three movements of discipleship:  An invitation, a letting go, and stepping forward to follow Jesus.  I am very aware of these three movements in my life right now also.

As the texts from one of my best friends came through to my phone, tears poured down my eyes.  My youngest daughter, Mary, saw the tears flowing down my cheeks and ran over to me and wrapped her arms around my leg.  She looked up at me with her big brown eyes and said, “Mom, are you ok?”

I nodded my head and told her, “Yes, baby, these are happy tears. I am so happy for my friend’s good news.”

The news I could not explain to my six-year-old daughter was that my friend was getting an offer to write a spirituality book from a publisher, and I had played a very tiny role in helping make this connection happen.  The tears poured from deep within me because it felt as if God was showing me that all the years of hard work to get through the door was for more than just me.  Maybe, just maybe, it was going to help raise the tide for other women to find a place for their voices in the world of spirituality.

This moment brought me face-to-face with accepting a new aspect of my call to follow Jesus:  empowering other voices, especially women’s.

My journey to live the call of discipleship as a spiritual director and as a writer was not always an easy one.  I was as surprised as anyone when the call came to write eleven years ago.  It was one thing to put words out onto a blog, but writing a book was different.  No way could I do that!  Jesus kept  inviting me though.  The call would well up within me over and over again.  As I began to take concrete steps to follow Jesus, I realized quickly it was going to be a harder journey than I thought.

Step after step, I was questioned if I had anything to say.  Sometimes, I was confronted about being too young to know anything about prayer and spirituality.  Other times, I was told that women had no place writing in this world.   One of my most painful memories is being in a room full of ministers for training, and having one of the teachers look directly at me and tell me, “You have no business being in this room.  You are too young, and as a woman the only ministry you should be doing is ministry involving people your children’s age.”  I can still feel the anger well in me at the memory of this.   At that moment  I knew without a doubt: This invitation was from God and  saying “yes” to this was going to require putting aside pride and picking up a heavy dose of trust.

I wanted to give up more times than I care to count.  Jesus never stopped inviting me, though.  He kept nudging me on and affirming my next steps.  He brought mentors in my life and people who did believe in me and my call. Through the Holy Spirit he inspired words to write and to share with others via a blog and eventually a book, and then another book.  I recently told my long time writing mentor that I am finally ready to call myself a writer.  He immediately laughed and said, “It only took you eleven years.”

Accepting this invitation to empower other voices means letting go of old voices and tapes that run in my head.  I have to put down the “nets” that often make me doubt my voice.  I am being invited to the scarcity mentality that is often favored in our world today that focuses on “it’s about me” and how can I get ahead.   I seek to embrace instead the spirit of abundance that trusts there is more than enough time, space, and seats at the table.

The call from Jesus to follow him ultimately leads to our “yes” through concrete steps forward on the path he is illuminating for us.  For me, this looks like widening the seats at the table of ministry.  Instead of only focusing on the ministry I am called to, my gaze is shifting to also asking, “How am I inviting others into the ministry of writing, of spiritual direction, and of retreat facilitation?” It is why my ministry team is expanding and there is a growing team of Into the Deep writers.  I am stepping into the role of training spiritual directors and mentoring people in retreat ministry.  All of these things are inviting women to use their gifts toward a mission greater than ourselves.

As Pope Francis reminds us in Evangelli Guadium, “Joy is a sure sign that the Gospel is bearing fruit.”   Jesus is letting me know these are my next right steps by the tremendous joy and peace that wells up within me as I watch others embrace their gifts and shine their light in the world.

Over the next several weeks the team of Into the Deep writers will share a variety of ways they live out their call to discipleship.  I look forward to reading about their journeys to say “yes” and the ways the Gospel bears fruit through their unique way to follow Jesus.

Photo by Yue Su on Unsplash