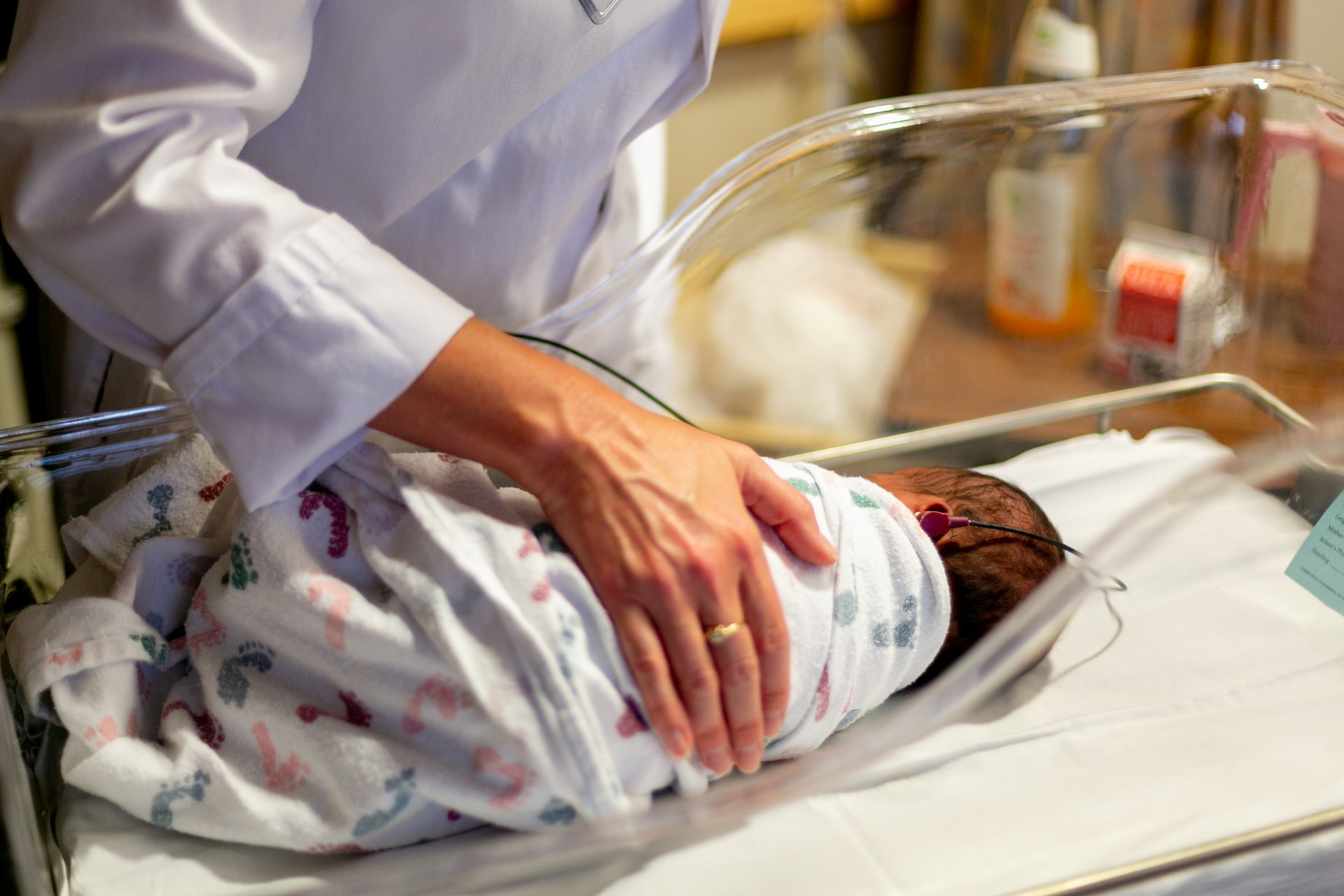 Have you ever struggled to see yourself in another person?

It was December 2017, less than a month after my son first received his hearing aids. We were taking a very last minute family staycation in a hotel in downtown Dallas. It had only been a few weeks so my then four-year-old son was still getting used to the bright blue devices in his ears. Honestly, we were all struggling a little with the newness of them. He, in particular, was getting used to distinguishing new sounds he had never heard before. There were moments when he had to remove the aids to just take a break from the influx of sound. He was also getting used to having two things prominently displayed on his head for all to see that labeled him as deaf – things he was starting to feel like no one else had.

One morning as my family walked through the hotel lobby, an employee waved at me to get my attention. She pointed to my son’s ears and then gestured at her own. Two small hearing aids, the color of her skin rested there, slightly hidden by her long, dark hair. I almost hadn’t noticed them at all – adult hearing aids are so much more subtle than children’s ones. “Look buddy!” I exclaimed, moving him closer to her to see. She leaned down and showed him her aids. He grinned exclaiming “She has them too!” with so much joy! It was as if he had been given an unexpected gift in this one chance encounter.

Of course it felt like a gift! It was the first time he had seen this new aspect of himself represented in another person. It took me a few more months of searching, but I eventually arranged for him to meet a high schooler and then, finally, a kid his own age with hearing aids. Each new encounter seemed to fortify him. He reminded me through these encounters how important it is to be able to see aspects of yourselves in others, particularly in people you can look up to as mentors and guides.

In the Catholic Church, the people we often look up to are the Saints. We aspire to be like these Holy Men and Women that we have been reading about since we were children ourselves. What an incredible gift it is to read about the saints! It is such a treasure to learn about their lives and imagine what wonderful plans God might have for us as well.

It is an even greater treasure, however, to be able to see yourself in the saints. When you can look at an image of a saint and see that they have the same eye color as you or the same curly, unruly hair or the same color of skin, the idea that you could actually be one someday takes on a whole new meaning.

Do you know how incredibly hard it was to find a saint with hearing loss?

I started looking for such a saint when my son started Catholic school and was invited to dress as a saint for the annual All Saints Day parade. I thought maybe, just maybe, I could get him inspired by a saint with hearing aids just like him. The first problem I ran into was the technology, of course. I mean unless a saint was born after 1913, they wouldn’t have worn commercially manufactured hearing aids. A saint would have to have been born in the 1970s or later to have hearing aids that even somewhat resembled what my son has in his ears today. There is such a small number of 20th century saints to begin with and that coupled with only approximately 5% of the world’s population having hearing loss, the task proved quite difficult.

So, finding named saints who have hearing loss and wore hearing aids like my son was a challenge. I did, however, eventually find a few saints that had hearing loss (like Jesuit Rene Goupil, for instance). They did not have much written about them, but they did exist. I just had to be willing to look.

My son is just one of many individuals who often feel like it is difficult to find themselves in the stories of Saints. I hear this today from Black Catholics who long to see themselves in the art and stories of our faith. I hear it from Latino and Black communities that long to see more representation in the higher offices of the Church. In fact, I think we all desire to see ourselves reflected in the mentors and guides we look up to. Sometimes the stories of Saints are vague or just mention the highlights of their lives. Sometimes the icons of saints distort who they really are. We hear stories and see images that depict the Saints as perfect individuals leading sinless lives. Yet the truth is, they were just as imperfectly human as we are. I think it is important for us to see ourselves in the Saints – our faces, our bodies, our abilities and our disabilities, and even the signs of our imperfect humanity.

I have been so inspired recently by people who are doing the work to bring attention to saints in a new way, people who are working hard to represent them as they were instead of how we would like them to be. Perhaps the call to action for myself and for you as well is to continue to seek out and learn more about saints that are out of our normal frame of reference. When we find them, let’s mention them, tell their stories, write about them, draw new icons that depict them exactly as God made them to be.

Let us do the work to help all around us see themselves in this beautiful communion.

Photo by Solen Feyissa on Unsplash