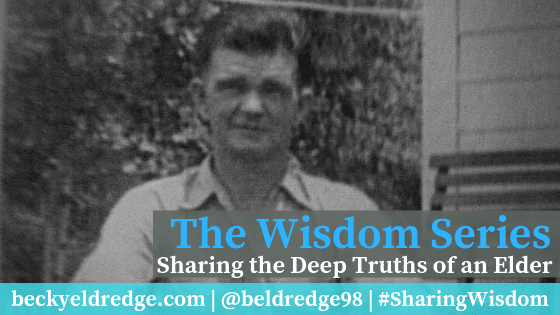 This is the fourth week of our blog series called, “The Wisdom Series: Sharing the Deep Truths of an Elder.”  I got this idea from a recent book that my publisher, Loyola Press, released called Sharing the Wisdom of Time, a beautiful book celebrating the wisdom of our elders. This series is in honor of my grandfather, whose wisdom was featured here. We continue the series with a guest post written by my friend Pam sharing the wisdom of her grandparents. Read my full introduction to the series here and then follow all the stories at #SharingWisdom.

My paternal grandparents were married during the devastating economic downturn called the Great Depression. To get by, they learned to live off the land. My grandfather planted a garden, trapped, hunted alligators long before it was a popular sport, and worked as a common laborer for sugarcane growers. My grandmother helped out as best she could until my dad and his brother came along.

My grandfather was eventually hired by parish government to pilot a pedestrian ferry across a narrower and calmer Mississippi River than that of today. For a monthly salary of twenty-five dollars and meager twenty-five cents fares, he crossed passengers to the opposite bank so they could go to the parish (county) courthouse, the sheriff’s office or to work in the area. A red flag hanging from a gate at the crown of the levee served as a signal to let him know there was a passenger waiting to cross. Sometimes his passengers were a sheriff’s deputy accompanying an alleged criminal who was being taken to the sheriff’s office. My grandfather refused to cross with prisoners who were bound at the feet or with hands cuffed behind their backs. He knew that if something happened on the way across and they fell overboard, the apprehended would never be able to save themselves.

Once he agreed to take the priest and his dog across the river. When they were midway, the priest tossed the dog overboard just to see if it could swim to shore. That was the last time the priest was allowed to bring the dog aboard. When my grandfather refused to take him to the next town by boat, the priest told him he was forbidden in church. He eventually returned to church when that priest was reassigned.

After my grandmother’s mother died of the flu at 18, her father remarried a Baptist woman and they had six children. A visiting Baptist preacher told him they could earn more money if they moved down Bayou Lafourche and became shrimpers. He listened and moved his family on that promise. Sadly, he died in a boating accident when his children were quite young.

From the life experiences that they shared many times with me, my grandparents taught me about diversity. When they moved from one sugarcane plantation to another, they lived as common laborers amid others who earned meager salaries. They shared what they had with those around them, Caucasians and African-Americans alike. Years later when I went to minister in that same community, I was among those who knew my grandparents, my dad or my uncle.

I learned that even those who had been arrested still had rights and my grandfather was willing to take his chances instead of risking the lives of his passengers. When the priest forbade him from going to church, he waited patiently until the priest was reassigned and resumed going to church.

My grandmother taught me to appreciate the diversity of faith practices that she learned from her half-brothers and sisters. Their style of worship and the rhythm of their hymns were different from what she was accustomed to, but she wanted to be with her siblings more than anything else. I am very grateful for the many opportunities to visit different churches for weddings, funerals and other services. I was happy to be among family at the most important times of their lives.

When her youngest son went to school, my grandmother went to work in the school cafeteria and worked there 35 years, until the graduation of her youngest grandchild. Looking back at her school yearbook photos, we tease about the size of her forearms, more muscular than some men, from lifting heavy cans, pots and pans. My grandparents had strong wills to survive troubled times, but they did so together for as long as life allowed. Their lessons, along with their legacies, live on in their grandchildren and great grandchildren. 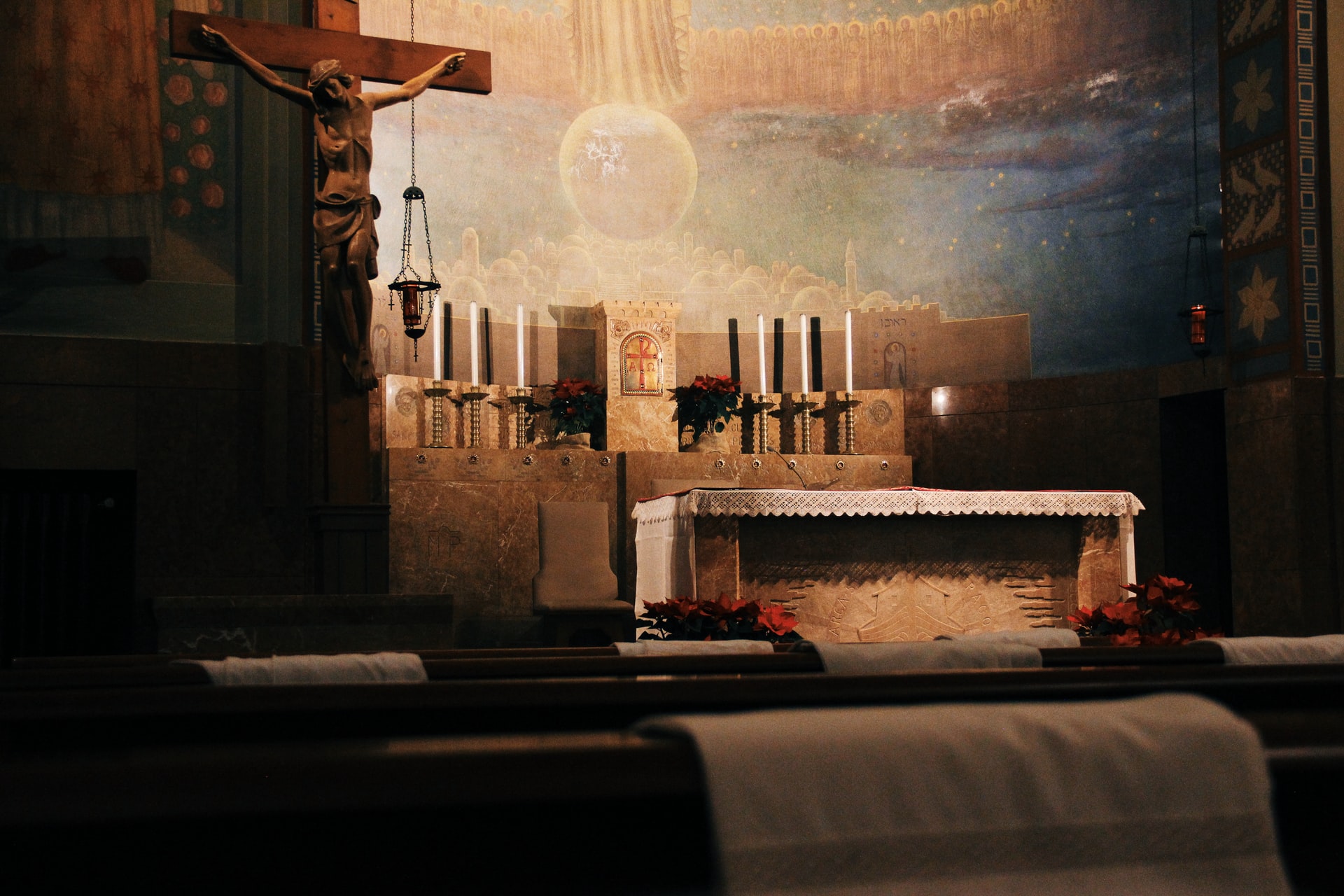 Ignatian Prayers for the New Year: Images of God in Prayer

One of my favorite images of God is one that I pray each morning with the Benedictus, “In the tender compassion of our...

END_OF_DOCUMENT_TOKEN_TO_BE_REPLACED 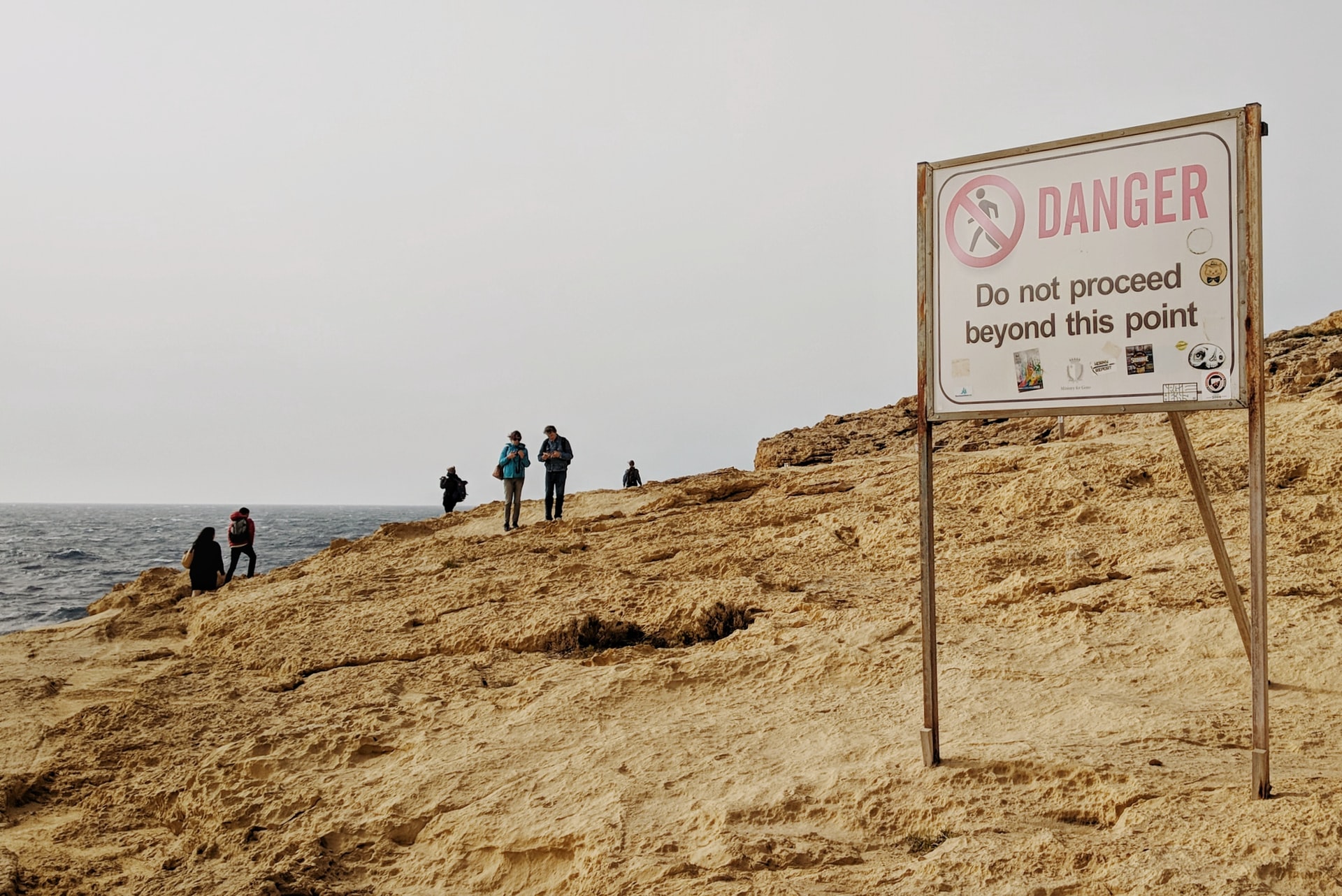 Living As Contemplative Leaders in Action: Danger Ahead: Praying for Humility

Let me have too deep a sense of humor ever to be proud. Let me know my absurdity before I act absurdly. Let me realize...

END_OF_DOCUMENT_TOKEN_TO_BE_REPLACED 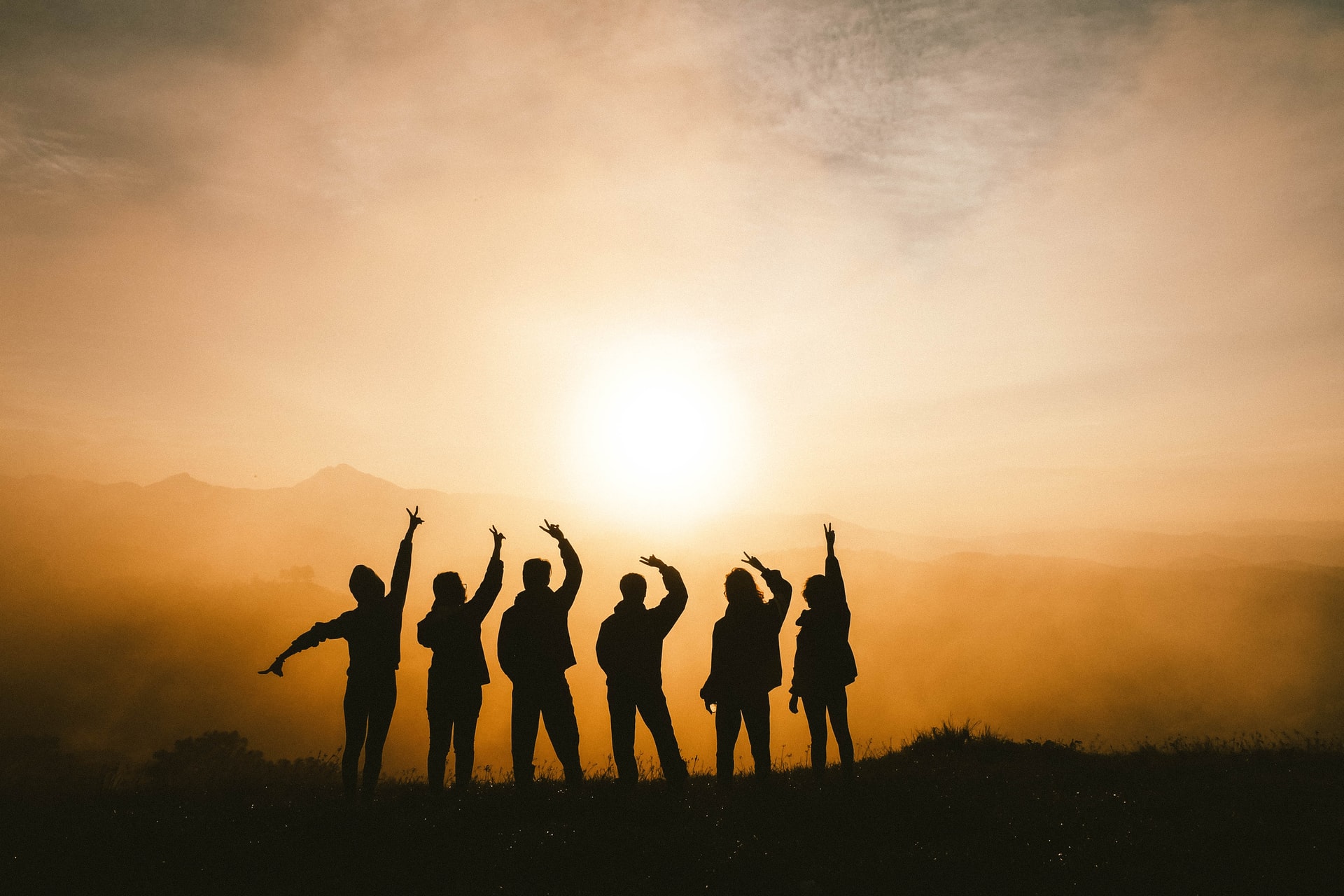 Living As Contemplative Leaders in Action: People For Others

Ignatian spirituality is known for its genius concerning self-awareness. Centuries before psychology emerged as a...